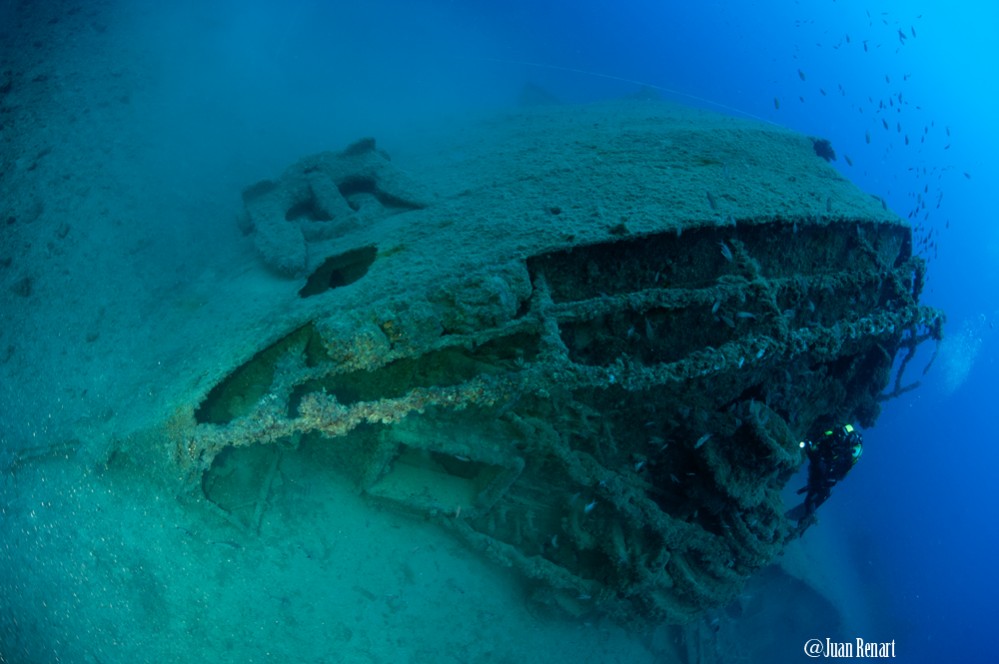 Sunk by the German submarine U-64, the boat is split into two halves at the height of the boiler separating the rest of the ship's bow. The bow lies on its port side exposing its majestic starboard anchor with their respective winch and perfectly kept stowed in his portside. In the part of the torpedo boat exploded perfectly appreciates what your heart (steam boiler) this part of the boat is upside down with the ship which could not see anything except its majestic keel and propeller.

This boat was identified by the dive center Costa Palancia and so is recognized by the Ministry of Education, Culture and Sports of Valencia.