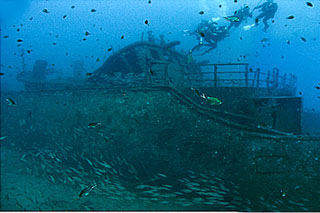 Trawler sunk in 1975 by an explosion of fuel into the engine room. Then he had Japanese flag. Previously he had other names: Gerd-62 and Marva-54. The wreck is located a short distance from the port of La Luz and Las Palmas, outside the dyke Reina Sofia in the same area where other wrecks are from the same era. It is known as the small Kalays to be at the bottom of the bay where a few years later sank the Greek merchant Kalais.

causes: Explosion of fuel into the engine room.